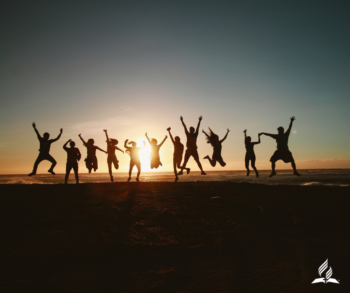 At first, the small army was headed for the battlefields. Then, plans changed and they were sent back home, to a place that was unrecognizable when they returned. While the men were away, the defenseless Ziklag was raided, plundered and burned. All the women and children were captured, kidnapped by an enemy.

The army forged ahead, moving quickly. There was no time to rest. An emotional strain was now added to their physical stress. As they pressed on with this new mission, two hundred men, a third of their army, couldn’t go any further. They stayed behind while the other four hundred continued onward.

David and his remaining men were victorious, recovering people and plundered materials. Along their journey home, they reunited with the now rested men. But what should’ve been a joyous occasion was soured by the negative attitudes of some of the war heroes.

But some evil troublemakers among David’s men said, “They didn’t go with us, so they can’t have any of the plunder we recovered. Give them their wives and children, and tell them to be gone.” (1 Samuel 30:22, NLT)

Some soldiers were upset that everyone was included in the celebration without doing the same work. David, their leader, was quick to correct them. Because these men were all part of the same group, they qualified to celebrate too.

When David’s group had split earlier, it was without malice. Due to their exhaustion, those men would’ve been a danger to the army’s goal. The entire group would’ve had to divide their focus between helping their brothers while navigating a war. None those left behind were demoted or placed on disciplinary leave. They just needed rest.

While a team is comprised of a number of members, not everyone is active at the exact same time. Some members need breaks, rest periods to reenergize their spirits. Not all roles are suitable for the needs of the team for each and every mission. Still, each member is a valuable asset to a team. If they were unnecessary, they would not have been called.

There are times, like with David’s army, when our role is questioned by our peers, causing us to second-guess ourselves. Because they lack the complete story, they misunderstand and misjudge why we function the way that we do.This gives the enemy a space to stir up strife. When it appears that the workload wasn’t shared equally, there may be a hesitancy to share the celebration as well.

Our calling, our assignments for life, come from God. He has a purpose for calling us to serve.He knows our full story, the complete picture as to what’s happening and will defend our honor. Don’t let the negativity from peers distract us from serving God. Resist the temptation to quit before the mission is finished.

God stands up for us when we walk in obedience to His call.