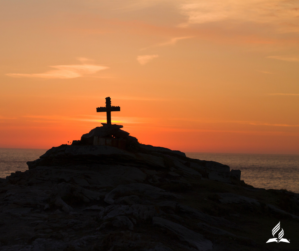 The mission, His purpose for coming to earth, was fulfilled. Each box on the Father’s to-do list had marked as accomplished. Jesus was sure. He didn’t need for an inspection of His life, for confirmation or a vote to pass the fact that the work was finished.

When His head dropped as life left His body, many people assumed that that was the last of Jesus. While this death saddened some, it brought relief and temporary liberty to others.

No longer would this seemingly perfect being continue to stump rabbis and religious scholars. With Jesus out of the picture, His very presence would no longer cause discomfort whenever He entered a space. People would be free to be themselves, without that one, peculiar person contesting their every move. They could live on their own terms, altering rules and spiritual standards to suit their personal comforts.

They believed that Jesus was finished. He was out of their hair. After a time of mourning by His fans, life in Jerusalem and surrounding areas would soon slip back a normal routine. Sinners would be pushed back into their respective corners, away from those blessed with salvation.

The reality that Friday on Calvary is that Jesus’ work was finished. His plan to expose evil and contest the enemy was successful. It—His assignment—was over. Complete.

But Jesus Himself was not finished! And He certainly isn’t finished loving us!

When He awoke a few days later, He continued to graciously love and kindly care for His loved ones. Jesus appeared to His friends, reassuring them that all was not lost.

This is a reminder for us, even today. All is not hopelessly lost. There is eternal life after death. We can look forward to something greater because Jesus finished His mission.

___________
We’re exploring the seven last sayings of Jesus. This series is designed to help us reflect on our choices and our commitment to living as followers of Christ.