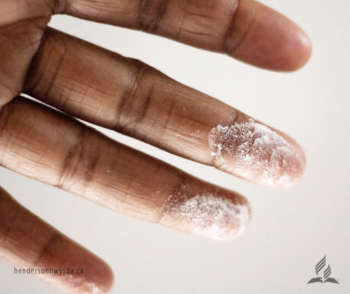 These are ingredients that can be added after the cooking process to complete a dish.

One ingredient that’s not included on this list is flour. Raw flour is inedible. It’s not enjoyable when undercooked, even slightly. Flour is added to a dish at the beginning of the cooking process, never the end.

During a visit with a group of prophets, Elisha accidentally serves a stew tainted by poisonous mushrooms. Worried, the diners looked to Elisha to rescue them.

Elisha sprinkled uncooked flour into the pot and immediately served everyone. The story doesn’t confirm if he even stirred it in. Unlike sugar or salt, flour doesn’t dissolve as easily on its own. Yet, the stew was served, without additional cook time.

And it was safe.

Adding flour to a finished dish to reduce its toxicity sounds like a neat hack. But this is also a miracle from God.

No one protested or objected when Elisha asked for the flour. In their desperation to avoid illness, possibly death, they accepted Elisha’s actions and ate the stew without harm. There was no discussion after the meal to debate the intricacies of raw flour and its effects on poisonous mushrooms.

How often do we pray for God to act, and then are surprised when it happens? Once the initial shock wears off, we try to understand how. Like a miracle detective, we retrace our steps hoping to see how all the pieces fit together for the miracle to be possible.

God does not perform miracles for us to explain and justify. They’re done for us to believe in Him and His matchless power. God’s miracles help to increase our faith. When we’re preoccupied with figuring out how He has done it, we forget to celebrate who God is.

Don’t underestimate God’s power because of how your miracle may have occurred. Remember that He is able to perform a miracle with anything and anyone, including you and me.