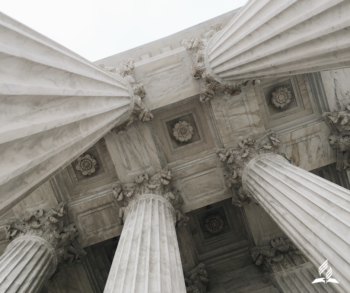 We have a phenomenal idea that could only improve life. Who would dare to refuse a brilliant plan?

Certain that He’ll bless our concept, we ask God anticipating His yes. Instead, He says no.

One reaction is to resent that our idea was rejected. Perhaps we walk away completely, washing our hands of everything. Never again would we dare to even whisper the concept, lest we’re rejected a second time.

If we let bitterness take root within our hearts, it may lead to more destructive behaviors. If it’s a no for us, we may assume that it’s an automatic and obvious no for anyone who may have a similar idea down the road. We may prevent our friends from getting ahead, lest their dreams are shattered too. In internalized confusion, we may mistake rejected ideas for personal rejections from God.

A different type of reaction would be similar to King David’s. While God said that David was not the man to build Him a temple, God never removed his favor from David. On the contrary, God assured David that one of his descendants would always sit on Israel’s throne, prolonging his lineage. Listening attentively when God said no, David was not upset. God affirmed the temple concept by saying that one of David’s children would be the builder.

More than pushing for our ideas to become reality, we should desire to honor God in everything we do. David still believed in his idea, even after God said no. He accepted God’s guidance that he was not the one to execute the plan. Instead of dismissing the idea, burying his aspirations to honor God, David did his best to support the idea, while in obedience to God. Setting up his son for success, David gathered the materials in preparation for the construction project.

When God says no, it’s not to be malicious or to create a chasm in our relationship with Him. Though we may not know or understand His reasons this side of Heaven, we can trust that God always does what is best.

God is doing what is best. The choice is ours. Will we do our best to honor Him in how we live?